Practice of Naturopathy is UNLAWFUL

(a)  It is unlawful for any person to practice naturopathy in this state.

(b)  “Naturopathy” means nature cure or health by natural methods and is defined as the prevention, diagnosis and treatment of human injuries, ailments and disease by the use of such physical forces, as air, light, water, vibration, heat, electricity, hydrotherapy, psychotherapy, dietetics or massage, and the administration of botanical and biological drugs.

Feds Seize One of the Largest Sites for Pirated Books and Articles, Z-Library
by Claire Woodcock, November 11, 2022

Last week, one of the largest repositories of pirated books and articles available on the Internet went dark. Torrentfreak reported a series of Z-Library domain names were seized by the FBI. Countless students and researchers who rely on shadow libraries will be hit hardest by the seizure.

Natural gas in Tennessee is sourced from various interstate pipelines. The Marcellus Formation, which technically stretches into Tennessee, accounts for about 21% of all U.S. gross natural gas production.

The Tennessee Valley Authority’s Cumberland Fossil Plant, a coal plant near Clarksville, took the top spot in the state. Among power plants in North America, the Cumberland plant is the 10th biggest contributor to climate change, according to the data from Climate Trace

Getting Facts with TEDx

Dr. Dan Bellack, a doctorate in psychology from the University of Kentucky, outlines a three step strategy to deal with Fake News. He suggests how readers can improve their thinking separating fact from fiction in order to make informed decisions.  This talk was given at a TEDx event using the TED conference.

The Reuters special highlighted the obvious.

New breed of video sites thrives on misinformation and hate

BitChute and Odysee serve up conspiracies, racism and graphic violence to millions of viewers.

Taking advantage of Big Tech disinformation crackdowns and the rise of Trump, the sites reflect a new media universe – one where COVID-19 is fake, Russia fights Nazis in Ukraine, and mass shootings are ‘false flag’ operations.

Email ThisBlogThis!Share to TwitterShare to FacebookShare to Pinterest
Labels: Politics

Kings of Misinformation and Hate

InfoWars, AON, Fox and Friends, etc. kings of disinformation? No even close.

“Platforms such as BitChute and Odysee have had a seismic impact on the disinformation landscape,” said Joe Ondrak of Logically, a British firm that works with governments and other organizations to reduce the harm of misinformation. The sites, he said, had become the “first port of call” for conspiracists to publish videos.

BitChute and Odysee both host hundreds of videos inspired by the QAnon conspiracy theory, whose supporters have been arrested for threatening politicians, abducting children and blocking a bridge near Arizona’s Hoover Dam with an armored truck full of guns and ammunition.

Ad Fontes Media is a public benefit corporation with a mission to make news consumers smarter and news media better.

Currently, we face a crisis of too much junk news. Junk news is like junk food, and just like junk food has caused massive health epidemics in our country, junk news is causing a massive polarization epidemic. 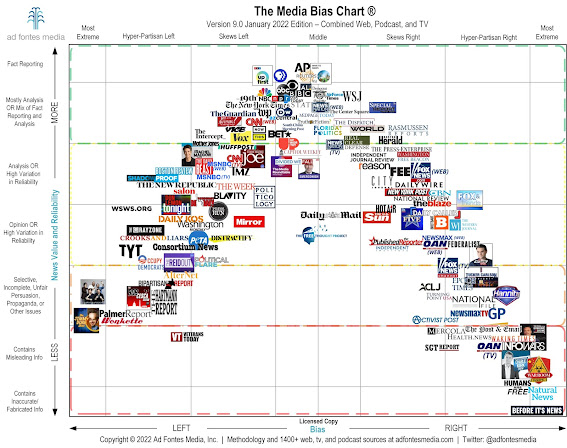 Are these extreme events more extreme than studies had predicted based on current levels of atmospheric greenhouse gases? Is climate change unfolding faster than scientists had expected blistering heat waves, scorching crops, fueling wildfires, buckling roads, mega-droughts, and thousands of deaths? There are two distinct questions.

For me, the fundamental complaint that Putin had with the West was – West’s failure to abide by its agreement not to expand NATO east of East Germany.

Mearsheimer stated in his presentation that all his claims were documented and not just opinion. It was the basis of Putin’s 2007 Munich speech.

Putin quoted a 1990 speech by Manfred Wörner to support his position that NATO made a binding promise not to expand NATO into new countries in Eastern Europe:

He said at the time that: "the fact that we are ready not to place a NATO army outside of German territory gives the Soviet Union a firm security guarantee." Where are these guarantees?

A claim of this magnitude should certainly be documented. So I searched for a copy of the claim. All results professed “No such written agreement exists.”

I have attached two fact checks: Politifact and Brookings

Putin may have valid paranoia arguments, but this NATO claim is false.

Many years ago, I learned to recognize when I am being conned -- especially when story does not make sense or is illogical.

I am wanted to believe one guy wears the “white” hat and the other has the “black” hat.” This Russia-Ukraine is a classic. The whole thing does not make sense.

The guys with the “white” hats want me to believe the other guy has to be obviously insane. That is the only explanation for something so bizarre and absurd. The “white hats” don’t want me to make sense about the weirdness. Something doesn’t seem right.To make me not want to put my brain in order, they obfuscate with overwhelm amounts of propaganda.

WattsUpWithThat (WUWT) cannot vouch for the accuracy of the data within this page, as all of the data is linked from third party sources and WUWT is simply an aggregator.

A Life Preserver for Staying Afloat in a Sea of Misinformation

Melanie Trecek-King goals as a science educator are to teach students the essential skills of science literacy and critical thinking. Helping them understand the process of science and how to draw reasonable conclusions from the available evidence can empower them to make better decisions and protect them from being fooled or harmed.

Yet while educators agree that these skills are important, the stubborn persistence of pseudoscientific and irrational beliefs demonstrates that we have plenty of room for improvement. To help address this problem, she developed a general-education science course (Trecek-King 2022) that, instead of teaching science as a collection of facts to memorize, teaches students how to evaluate the evidence for claims to determine how we know something and recognize the characteristics of good science by evaluating bad science, pseudoscience, and science denial.

On January 10, 2022, in an unanimous vote, the board of trustees of east Tennessee McMinn County Schools removed the Pulitzer Prize winning Maus from its eight-grade schools curriculum. The board said the book had "rough language" and "unnecessary" profanity (e.g. eight words, including "damn"), a small drawing of a nude woman drawn as a mouse, mentions of murder, violence, and suicide.

The board declared it did not concur with its community values. "It shows people hanging, it shows them killing kids."

Board member Tony Allman said, according to meeting minutes. "Why does the educational system promote this kind of stuff? It is not wise or healthy."

On February 2, 2022 head pastor Greg Locke at Global Vision Bible Church of Tennessee led a book burning of  copies of "Harry Potter" and "Twilight" to rid "demonic" influences. The event was live-streamed on Facebook to denounce "witchcraft," and rid of "demonic" influences.

The "Harry Potter" books have been banned several times before. In 2019, Tennessee pastor Father Dan Reehil of the Catholic academy of St. Edward School removed the popular book series from the school's library, saying in part in an email

"These books present magic as both good and evil, which is not true, but in fact a clever deception. The curses and spells used in the books are actual curses and spells; which when read by a human being risk conjuring evil spirits into the presence of the person reading the text. I have consulted several exorcists, both in the United States and in Rome, and they have recommended removing the books from circulation."
at 11:39 AM No comments:

January 6th demonstrates the damage of misinformation. Even more disconcerting is the preference of the major portion of a political party to prefer the lie, to prefer the misinformation. I always hoped we could rely on truth whether or not we like it. When some people force their incompetence and poor mental capacity, whether political or religious, then the populace suffers.

According to the National Weather Service, the timing is also unusual.
From 1811 to 2020, there had only been 16 tornadoes in December in Middle Tennessee.

Check out shortened URLs
with http://urlxray.com/

It is far better to grasp the world as it REALLY is than to persist in delusion, however satisfy and reassuring.
- Carl Sagan

Facts do not cease to exist because they are ignored.
–Aldous Huxley

"I was dismayed by the rising tide of belief in the paranormal and lack of adequate scientific examination of these claims... Books such as ... the 'Chariots of the Gods ... 'Worlds in Collision'... 'The Bermuda Triangle' were widely popular... I was distressed that my students confused astrology with astronomy...without the benefit of scientific critique. Most of my scientific colleagues were equally perplexed by what was happening,..."

Science is that discipline that validates observations and proposes explanations base on the Scientific Method:
- Formulate the Question
- Propose a Falsifiable Hypothesis
- Predict based on the Hypothesis
- Test the Predictions
- Validate the results as Repeatable
- Submit Honestly for Peer Review

However,
A little learning is a dangerous thing;
Drink deep, or taste not the Pierian spring.
- Alexander Pope, 1709
Science never claims dogma and never says, "the debate is over." It requires a never-ending refinement of hypotheses based on continuous improvement of tests and insight.

Micheal Shermer is the author of Why People Believe Weird Things and How We Believe and is Editor-in-Chief of Skeptic magazine. He often makes personal appearances on TV shows that wish to present a balance perspective relative to claims of the paranormal or fringes of belief systems. He has offered ten tests to determine the scientific worthiness of any claim. Click here for our summary of those tests. 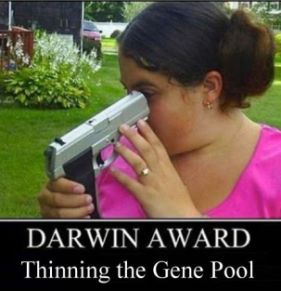